Supporting the Perl Foundation and Franio the Puppy

The first blog post of 2013 opens a new year for our initiative of regularly supporting open source projects and charity organizations. This time the honorable task of selecting the organizations to support was given to Piotr.

This month we’re supporting the Perl Foundation, an organization dedicated to promoting and advancing the Perl programming language. A few years back Perl was widely used in web development, nowadays it’s not that much popular, but our team has been using it on a regular basis with many projects. Piotr, before joining us two months ago, had little experience with Perl, but caught up quickly and apparently liked the language, since his choice for the organization to support this month is the Perl Foundation.

We are also sending financial support for a puppy named Franio, currently under the care of the “Unwanted and Forgotten” Foundation in Łódź. A couple weeks back, Franio was found by a group of children in a residental district in Łódź, scared and cold. The Foundation is colleciting funds for the costly treatment of dermatophytosis that Franio is suffering from. 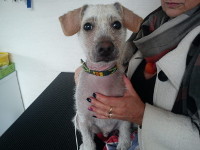 Best wishes to the Perl Foundation, and to all the people who are taking care of Franio (and to Franio himself, of course).

Supporting Marionette and the Foundation of the Dog Angel Asylum

We’re one day late with this month’s donations, since we normally do them on the 15th of every month, but that’s no big deal – 16th is good too. The project and organization to support this month have been selected by Karol.

The open source project that our donation goes to is Marionette, an application library for Backbone.js. Some of the guys on our team (Karol and Arek, to be specific) have been recently involved in a project that uses Marionette, and they liked working with it, so per their recommendation, we’re now giving back to the creators of the library. Thanks guys, and congratulations on a great project!

We are also supporting the Foundation of the Dog Angel Asylum, which runs an animal shelter in Warsaw. With our donation, we’re helping fund the rehabilitation of one of their dogs, named Słonik (which is Polish for “little elephant”, sadly we don’t know the backstory behind this name). Słonik had major health problems, has undergone two operations, and still has a long and expensive recovery ahead of him. Get well soon, Słonik! 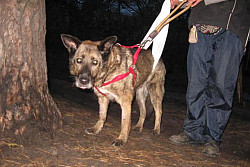 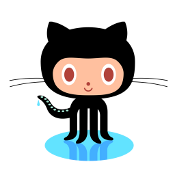 We all here are big fans of Git and GitHub, and we happily use one and the other, both for work and for personal projects of ours. Some time ago, we also made ourselves a company profile on GitHub, but we weren’t using it and it was only collecting dust. Now, that’s about to change, as we’re putting into action our long standing plan to contribute to the world of open source software by releasing a few of our internally developed projects – on GitHub.

To start it off, we’re releasing WebService::SendGrid::Newsletter, a Perl module that lets you use the newsletter API provided by SendGrid, a cloud based email delivery service. We developed it as part of our work on a social-ish website that sends out a large number of e-mail notifications and utilizes SendGrid for this purpose. Some parts of the website’s backend are built with Perl, including the notification sending code, and we needed to make it work with SendGrid – and since there was no Perl module that did it, we wrote one.

The version that we’re releasing is in an early stage of development, lacking some features and documentation, but we’ll try to fix that soon. And, of course, as with any project on GitHub, we’re looking forward to contributions and pull requests.

We have a couple more projects lined up to be released, so stay tuned. And may the source be with you.

Donating to Redmine and the Animal Shelter in Łódź

It’s the 15th day of the month, so in keeping with the tradition that we started half a year back, it’s time for our donations to open source projects and other good causes. This month’s project and charity organization have been chosen by Krzysiek.

The open source project that we support this time is of special significance to us, since we’ve been using it for years in our work and we couldn’t now imagine living without it. It’s the project management application Redmine, and we already covered it on our blog a while ago, praising its great features. Nothing’s changed since then and we’re still using Redmine every day for all of our projects. Thanks and best wishes to Jean-Philippe Lang, the creator of Redmine, and to all the people involved in the project!

The second donation that we make this month is to the Animal Shelter in Łódź. To all the employees and volunteers of the shelter – thank you for your work for the good of animals that need love and care.

Supporting Sphinx Search and the Animal Shelter in Pabianice

The middle of the month is, as usual, the time when we send our donations to open source projects and charity organizations.

This month, we planned to support the Sphinx Search project, an open source seach engine that we recently used  when we were developing a new version of the food blog aggregator site ZPierwszegoTloczenia.pl. However, it turned out the developers of Sphinx do not accept donations, but they suggested we could help the project by purchasing the book “Introduction to Search with Sphinx”, published by O’Reilly.

We did as they suggested and bought a copy of the book for our team, and a couple more to give away to other web developers that we know who might be interested in the subject. 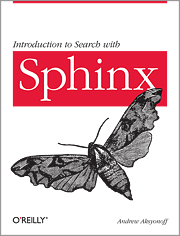 As always, besides supporting an open source project, we’re also making a donation to a charity organization. This month we’re donating to the Animal Shelter in Pabianice, more specifically – we’re virtually adopting one of their dogs, a small fellow by the name of Kiwi. Stay strong, Kiwi! 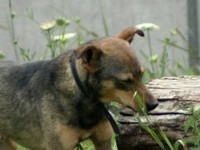 Supporting Git and the Patient Aid Association for Sarcoma

Today, as we do every month, we send our donations to a selected open source project and a charity organization.

This time the choice of project and organization to support was made by Marcin Tabaka. Marcin is not a member of our core team (he runs his own web development company Internet Tea Group), but he has been working with us on numerous projects in the last few years, and since the cooperation has always been great, we invited him to take part in this little initiative of ours.

Per Marcin’s choice, the open source project that we support this month is Git, the distributed version control system. Our team has been using it as the default version control system for the last few years. We used mostly Subversion in the past, but ever since we started working with Git and got to know its advantages, we’ve been using it for all of our new projects.

We’re also making a donation to the Patient Aid Association for Sarcoma, an organization devoted to supporting the treatment of tumor diseases, including sarcoma. Marcin has been helping the Association for more than a year (among other things, his company developed a new website for the Association) and he praises it as an effective organization that truly helps the patients. We are happy to give them this little bit of support.