Monthly Donations: the Wikimedia Foundation and the R² Foundation

Today’s the day when we do our traditional monthly donations. The organizations to support this month have been selected by Karol Janyst.

We usually support open source projects, but this time we’re making a kind of an exception by donating to the Wikimedia Foundation, which is the organization that operates Wikipedia (they also run the open source project MediaWiki, so maybe it’s not that much of an exception after all). Over the years of our work, there have been countless occasions when Wikipedia has proven to be an invaluable source of information, so this donation is well deserved. Thank you, Wikimedia Foundation, and all the Wikipedians, for your hard work!

The second organization that receives our donation this month is the R² Foundation, which is a motorcycle emergency response team run by a group of volunteers. Karol’s choice was heavily influenced by the fact that he is an avid motorcycle rider himself. The R² team has been operating since 2003, and if you’d like to see them in action, there’s an interesting video on YouTube which showcases some of their work and training. R² volunteers, we wish you all the best!

The middle of the month is, traditionally, a time when we send financial support to open source projects and charity organizations. This time, the lucky member of our team responsible for the selection of a project and organization to support was Krzysiek.

Krzysiek chose to help out Vim, the programmer’s editor with more than 20 years of history and a cult following (with Krzysiek being one of the devoted fans). Actually, Bram Moolenaar, the author and maintainer of Vim, no longer uses the donated money for the project, and instead passes it on to the ICCF Holland organization, who helps children in Uganda – so we’re indirectly donating to that cause (and very happily so). 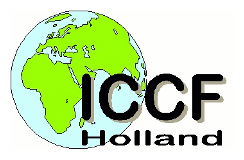 The second organization that we’re supporting this month is the Polish Association for People with Mental Handicap in Zgierz, Krzysiek’s home town. They have been in operation for more than 20 years (like Vim!), providing help and care for people with mental disabilities.

We send our thanks and best wishes to the developers of Vim, to ICCF Holland, and to the Association! 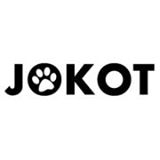 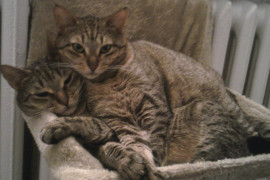 Joining the Drupal Association and Supporting the “Little Claw” Foundation

It’s time for the April 2013 edition of our monthly donations. This month we’re supporting yet another project that has long deserved it, since we’ve been using it for years. Actually, you are looking at it right now, as it’s the content management system that our website is built on: Drupal.

Drupal is one of the most successful CMSes on the market, it has been around for more than twelve years, and is reportedly powering about two percent of all websites worldwide. We are supporting Drupal by purchasing a year of membership in the Drupal Association, as an organization member. 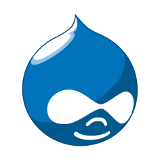 In addition to supporting Drupal, we are sending a donation to the “Little Claw” Foundation in Warsaw, who helps homeless cats by providing food, sterilizing them, and most importantly finding them new homes

Marcinek, one of the Foundation’s cats, waiting for a new home

To all the volunteers of the “Little Claw” Foundation, thank you for your efforts!

It’s time for another round of monthly donations to open source projects and charity organizations. This month, we once again invited Marcin Tabaka of Internet Tea Group, who works with our team on a regular basis, to select the recipients of our support.

Marcin chose jQuery Validation, a form validation plugin for the extremely popular jQuery library (which we also supported some time ago). We have been using it happily in many web projects and we like it a lot for its flexibility and ease of use. Thanks to the author, Jörn Zaefferer, for a great piece of software.

We’re also making a donation to the Foundation for Children “Help on Time”, specifically we’re supporting one of the children under their care – four year old Jakub Ułanowicz, who suffers from autism and needs financial help to cover the costs of his therapy and rehabilitation. 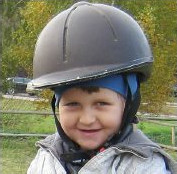 We send our warmest greetings and best wishes to Jakub and his parents, and we hope our donation will help them at least a little bit.

Donating to JSLint and the “Our Children” Foundation

Today is the day when we do our monthly donations. This month’s selections of an open source project and charity organization to support have been made by Arek.

The supported open source project chosen by Arek is JSLint. It’s a software utility that automatically checks JavaScript code against a set of rules and best practices, created by Douglas Crockford (a programmer well-known for his involvement in the development of JavaScript, including, among other things, the popularization of the JSON data format). For the past couple of months, Arek has been working on a large project based on Backbone.js, and he uses JSLint on a regular basis to verify the quality of his code.

The second of this month’s donations goes to the “Our Children” Foundation, based in Warsaw, devoted to supporting children brought up in children’s homes, specifically the Children’s Home no. 9 in Warsaw. 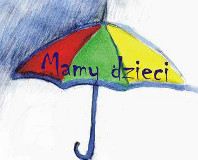 By the way, “Our Children” is our (rather loose) translation of the Polish name of the Foundation, which is an untranslatable play on words, having a double meaning of “Children’s moms” and “We have children”.